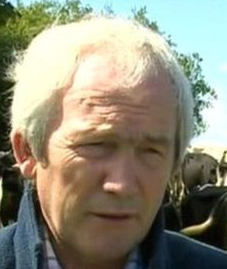 THE DIRECTOR GENERAL of the National Trust has called on government to put the recovery and future resilience of the natural environment at the heart of the funding system that will replace the Common Agricultural Policy (CAP).

Dame Helen Ghosh said reform was essential to reverse what she claimed were decades of damage to the countryside and the headlong decline of species.

Dame Helen told an audience at the National Trust Theatre at BBC Countryfile Live that the vote to leave the European Union presents an urgent opportunity to shape a new and better system for stewardship of the countryside.

“Whatever your view of Brexit, it gives us an opportunity to think again about how and why we use public money to create the countryside we want to hand on to future generations. Unless we make different choices, we will leave an environment that is less productive, less rich and less beautiful than that which we inherited.

“Taxpayers should only pay public subsidy to farmers in return for things that the market won’t pay for but are valued and needed by the public.

“We may need some kind of transition period to get there but that means payments for goods that go beyond food production – for the wildflowers, bees and butterflies that we love, for the farmland birds, now threatened, for the water meadows and meandering rivers that will help prevent the flooding of our towns, and for the rebuilding of the fertility and health of the soils on which both nature and production depend.

“In the long run, there’s no conflict between maintaining our ability to grow food and looking after the land and nature on which it depends. The first is utterly dependent on the second.

“Farmers are key partners in finding solutions but this is too important to leave to governments and farmers to sort out between themselves.

“We would encourage ministers to now consult widely on the way we fund farming in a post-Brexit world and involve the public in the debate, along with organisations who have experience and insights to share.”

NFU Cymru President, Stephen James, said: “The picture the National Trust is trying to paint – that of a damaged countryside – is one that neither I nor most farmers, or visitors to the countryside, will recognise.

“Farmers manage 80% of Wales’ land area and through agri-environment schemes, such as Glastir, farmers continue to restore and establish new habitats for biodiversity. This includes over 310km of new streamside corridor; 265km of new or restored hedgerows and more and 20,000m2 of new ponds.

“Farmers take their responsibilities as custodians of the countryside seriously and most visitors to the countryside will be enjoying the natural environment and appreciating the views of rural Wales which have been created and maintained by farmers – including many of the landscapes showcased by the National Trust.

“In this debate we must not forget that food production is vital. We should not be contemplating doing anything which will undermine Welsh farming’s competitiveness or its ability to produce food. To do so would risk exporting food production out of Wales and for Wales to be a nation which relies even further on imports to feed itself.

“In our view, food security should be considered to be a legitimate political goal and public good. Welsh farmers are proud of the high standards of production, traceability of the food they produce and high animal welfare. Welsh food production is the bedrock of the food and drink sector – contributing £6.1 billion to the economy and employing 222,400 people.

Two of the largest beneficiaries of the current CAP regime are the National Trust, which receives £11m of subsidy each year, and the RSPB, with almost £7 million received in subsidy in 2015. Both organisations were vociferous campaigners against a reform of the CAP scheme in 2011, which would have seen them lose millions of pounds of subsidy and have their take from the scheme capped at £300K per year.

The extent to which the National Trust wants to see subsidy tied to the practices which would reap maximum benefit for itself from any subsidy system represents, potentially, special pleading by the organisation to ensure the best financial outcome for itself from any new subsidy scheme and puts down a marker as to what it would expect for itself out of such a scheme. The idea of a subsidy cut, such as that proposed by the EU in 2011, is evidently an unappealing one.

Moreover, Pillar 2 of CAP is for what’s vaguely known as ‘rural development’, which covers everything from preserving traditional farming practices and preventing the depopulation of the countryside to conservation and public access.

The Welsh Government has long taken an extraordinarily elastic view of the uses to which Pillar 2 funding can be put, and has used the payment scheme as a piggy bank to follow policies that are only connected tangentially to farming.

We must recognise that #FarmingMatters