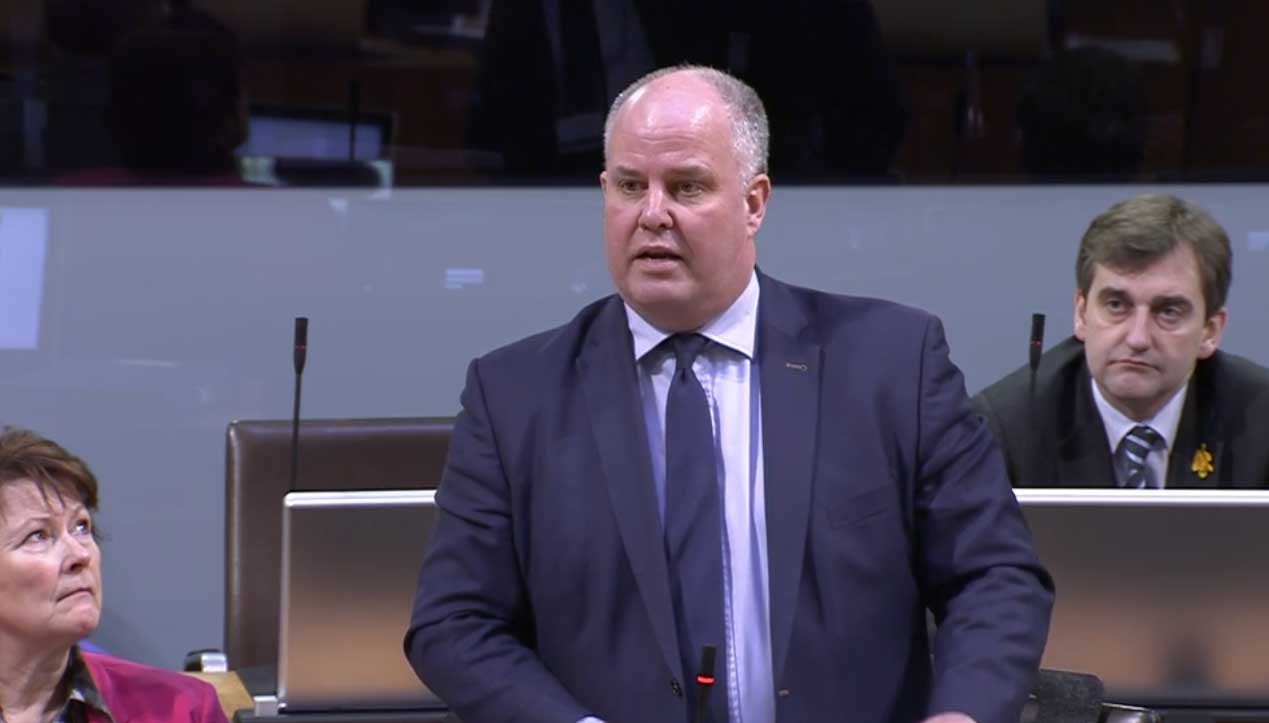 A ROW over whether the First Minister permitted an inquiry into his conduct access to his personal emails during a leak inquiry has intensified.

An inquiry recently concluded into whether or not details of the Cabinet reshuffle which led to the dismissal and subsequent death of former Welsh Government Cabinet Secretary Carl Sargeant.

That inquiry found that there was ‘unauthorised’ leak of the reshuffle details, leading to the obvious question as to whether any leaks were ‘authorised’, as it appears beyond question that news of Mr Sargeant’s dismissal was provided to at least two Labour MPs and one journalist.

In addition, the First Minister has refused to confirm that the Permanent Secretary was granted access to his personal emails during the recent leak inquiry.

Last week, in a response to a written question from Conservative leader Andrew RT Davies, Mr Jones said that he did occasionally use a private email address to deal with diary issues and clearing urgent press lines.

On Tuesday, Mr Davies asked the First Minister whether the private email address was used at all to instruct or to brief staff as to press lines in relation to the reshuffle.

After responding ‘No’, Carwyn Jones said that ‘all relevant evidence was made available to the inquiry’.

Mr Davies pressed the point, asking whether access was given to the personal e-mail addresses that Mr Jones uses for Government business
Mr Jones avoided a direct answer, saying: “I can’t comment on what the evidence looked like. All I can say is that all relevant evidence was submitted to the inquiry.”

Responding that ‘it’s not unreasonable to assume that, if there’s an inquiry into leaks from Government, then all correspondence would’ve been made available to the person carrying out the inquiry’, Andrew RT Davies asked for a straight yes or no answer.

Mr Jones declined to give on, instead repeating ‘all relevant information was provided to the inquiry’.

In a press statement after First Minister’s Questions, Mr Davies said: “This reeks of a cover up.

“Just last week the First Minister admitted that he uses his personal email account on ministerial business, and now we learn that it is left to him to decide which emails are in the public interest.

“It calls to mind the recent Presidential elections, where public confidence was seriously undermined after allegations relating to the use of personal emails.

“How on earth can we have confidence in the system if the First Minister is the only judge of his own conduct?

“The inquiry must be re-opened, with unfettered access granted to the two email accounts that we know he has used for ministerial business.”

Mr Davies also called for a transparent process to log the use of personal email accounts by Welsh ministers and their advisers.

He added: “There is nothing to stop the First Minister from emailing advisers directly using private email addresses, and I have no doubt that we would learn a great deal about the way Welsh Government business is conducted if his emails were to be opened up to closer scrutiny.

“We need rigorous checks in place to stop ministers from conducting government business entirely through back channels.
“This kind of practice should be entirely outlawed, except in approved accounts where security is heightened and exchanges are open to scrutiny.”

Call for Speaker’s conference on Brexit