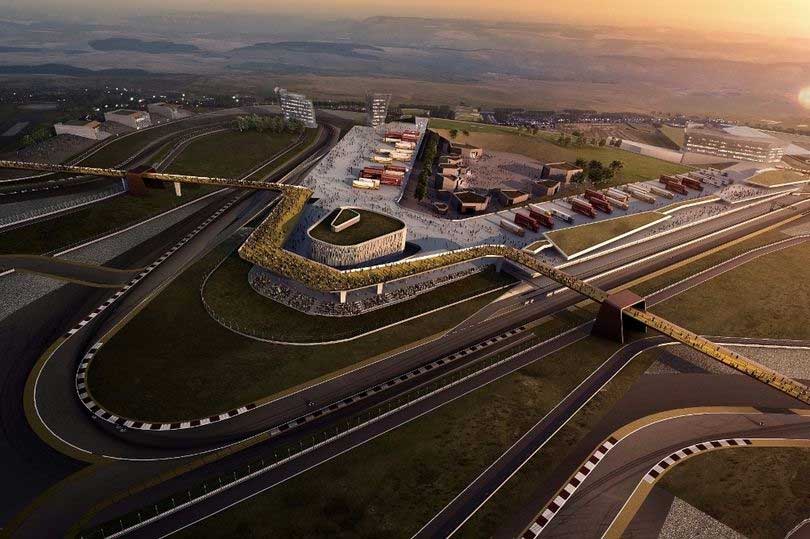 THE WELSH Government has been accused of leading Circuit of Wales promoters ‘up the garden path’ by UKIP Leader Neil Hamilton.

Mr Hamilton’s words followed the revelation that the Welsh Government were not prepared to offer the level of guarantee which it had told the Heads of the Valley Development Corporation it would consider.

In evidence before the Welsh Assembly’s Public Accounts Committee on Monday, the Permanent Secretary to the Welsh Government told surprised AMs that the amount of the guarantee the Welsh Government was actually prepared to consider offering was under one half of that it had told the company it would consider.

In addition, under stiff questioning from Adam Price AM and Neil Hamilton, it emerged that the Welsh Government had ignored advice from the UK Treasury to seek advice from the UK Government infrastructure advisory service and had also failed to tell the company of its bottom line position.

And the matter was made no clearer by questions directed to the Welsh Government’s Economy and Infrastructure Secretary, Ken Skates on Wednesday (Feb 7). Despite two days having elapsed since senior officials had fobbed off Adam Price and Neil Hamilton with a promise to provide the answers to questions they had failed to address, Mr Skates found himself in the identical position – kicking the can further down the road in the direction of civil servants in Mark Drakeford’s Finance Department.

In addition, despite holding out hope last year that a re-tooled project could receive support in the future, Mr Skates rather firmly closed the door on any prospect of the Welsh Government becoming involved in any racing circuit development.

The lack of preparation in response to questions for which both civil servants and Mr Skates should have been prepared is, perhaps, startling. It would certainly be unfair to suggest that neither civil servants nor Mr Skates wanted to give a straight answer to a straight question because they did not fancy the row that might follow.

Following Mr Skates’ performance, Mr Hamilton said: “Now we know the Labour Government never intended to give the kiss of life to this visionary scheme and transform the poorest part of Wales. They deceived the Circuit’s promoters into spending millions on a finance package that never had a chance of success.

“They deceived the voters of Blaenau Gwent and the northern valleys in last year’s General Election by delaying until after polling day the announcement of their decision to pull the plug.”

Mr Hamilton continued: “Welsh Government constantly moved the goalposts on their proposed guarantee. First, they told the Circuit they wouldn’t guarantee more than 80% of total project costs. That was reduced to 50% but, in truth, they were never prepared to guarantee more than 25%. Their deception is a major scandal. £9.3 million of Welsh taxpayers’ money was wasted because of the Government’s bad faith in negotiations. Worse still, was encouraging false hopes of economic revival in the heads of the valleys only to dash them after the General Election votes were counted.

“Labour politicians should hang their heads in shame and voters should take revenge on these cynics at the next election. UKIP will continue to fight to get the Circuit back on the road. We will fight for the true interests of working people against a Labour Party which has lost touch completely with its roots.”