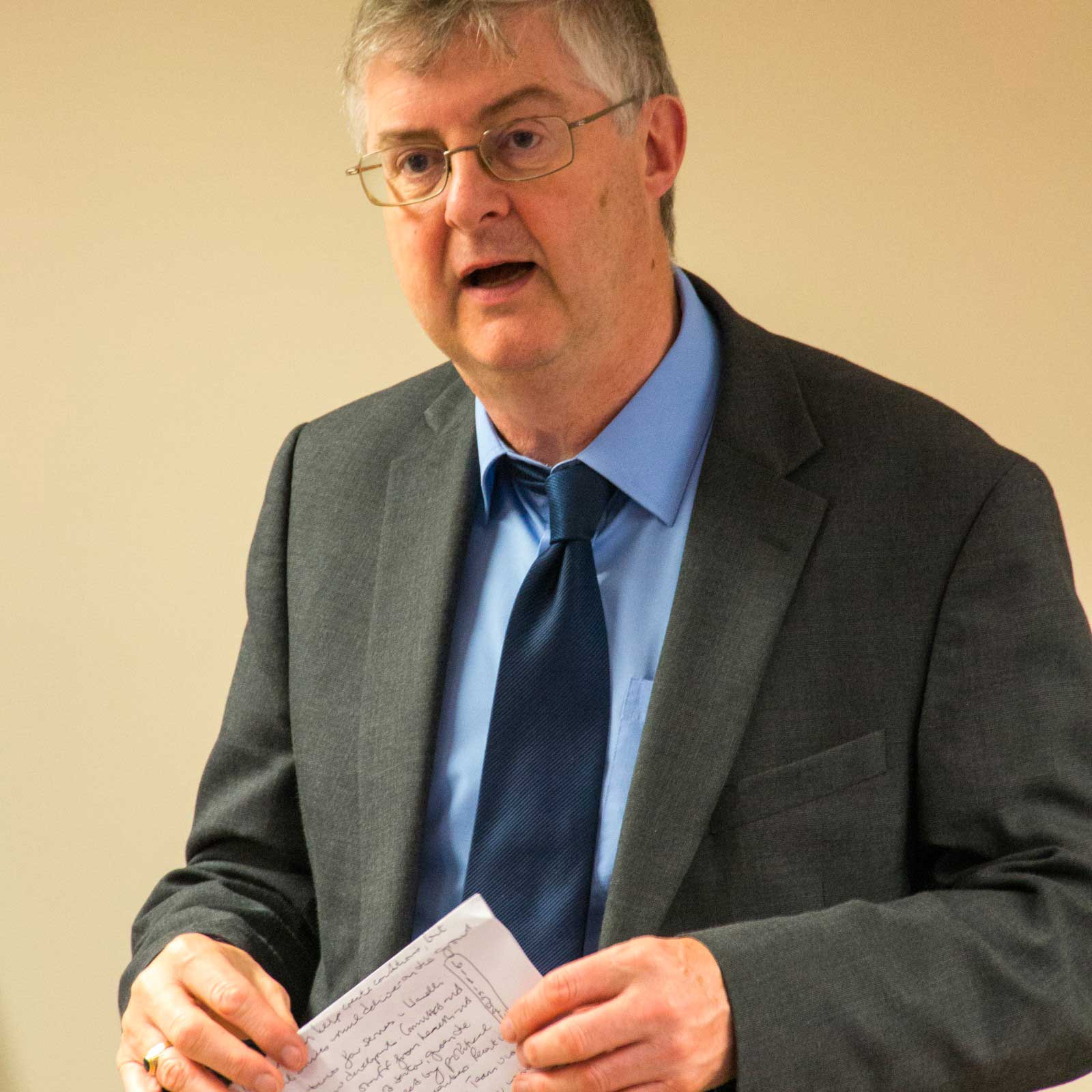 The Cabinet Secretary will set out the next steps for proposing a new Welsh tax as part of the tax policy work plan for 2018.

Since announcing a shortlist of 4 new tax ideas alongside the draft Budget in October, the Welsh Government has been examining the case for each of these.

The 4 tax ideas were: a social care levy, a vacant land tax, a disposable plastics tax and a tourism tax.

Although the vacant land tax idea will be used to test the Wales Act powers, work will also continue on each of the other 3 tax ideas.

The decision to take forward the vacant land tax idea follows engagement with stakeholder organisations, the public and across government.

Professor Drakeford said: “Housing is a priority for the Welsh Government. A tax on vacant land could prevent the practice of land banking and land not being developed within the expected timescales.

“The Republic of Ireland vacant sites levy provides a useful starting point for how a vacant land tax could work in Wales.

“The existing model in the Republic of Ireland and the relatively narrow focus of the tax make this the most suitable of the 4 shortlisted ideas to test the Wales Act.”

The Irish measure, announced in their government’s 2018 Budget, will mean that any owner of a vacant site on the register who does not develop their land in 2018 will pay the 3% levy in 2019 and then become liable to the increased rate of 7% from 1 January 2019.

When the Welsh Government announced it was considering such a measure in October 2017, before the UK Government said it was considering a similar plan, the House Builders’ Federation raised the spectre of developers decamping en masse to England with their large projects. That threat, such as it was, has receded but the Federation of Master Builders is still concerned.

Speaking to BBC Wales, Ifan Glyn of FMB Cymru said: “If there’s a tax that’s introduced that can focus solely on land banking for financial reasons to maximise profits, we would absolutely agree with that.

“Our issue is we don’t see how this tax can differentiate between land that’s been banked for financial reasons and land that isn’t being developed or stalling for reasons outside the developer’s control.”

A further wrinkle in the system was identified by Dr John McCartney, Director of Research at Savills Ireland.

Dr McCartney said that land is a raw material for developers and it is natural for them to carry a stock of development land.

“No developer will now carry a land-bank in a slow market. This means when a recovery follows developers will spend the early years on site assembly rather than the house building they could and should be doing,” he explained.

Responding to the announcement, the Welsh Conservative Shadow Finance spokesperson, Nick Ramsay AM said: “From the outset, Welsh Conservatives have opposed the ludicrous proposal for a tourism tax in Wales, one which would cause serious harm to businesses across the country.

“While we are pleased the Welsh Government has listened to us and decided against taking this idea forward, once the mechanism has been tested, we would not expect the Labour Government to return to the table with this proposal, one which has been widely criticised by the industry.

“Our vigorous campaign will continue until Labour’s Finance Secretary consigns this ludicrous proposal to where it belongs: the bin.”

Commenting on the decision to bring forward a potential vacant land tax, Mr Ramsay added: “On the surface, we welcome the fact that, as in England, the Welsh Government is exploring the viability of a vacant land tax but we await the full details of this proposal from the Finance Secretary.

“However, an important distinction must be made between land held for legitimate technical reasons such as detailed planning or a lack of skills and materials, and land which is held for purely commercial speculation.

“Speculation distorts the main purpose of releasing land for much needed development and it will be vitally important to fully consult with the sector to ensure the right balance is struck.”

New row over Circuit of Wales