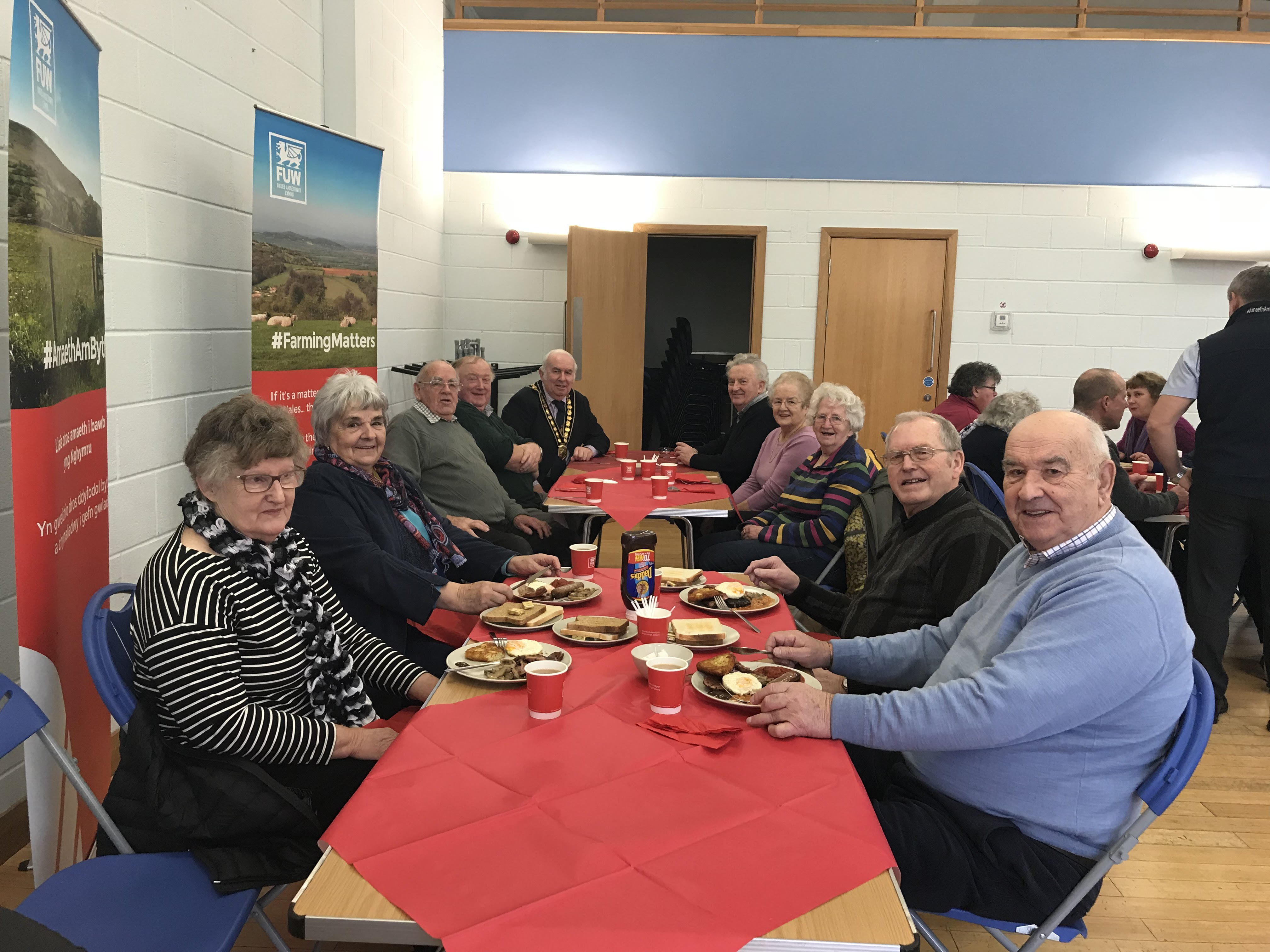 “It was about showcasing the most important meal of the day in a bid to raise awareness of the health and nutritional benefits of breakfast and the huge variety of top quality farm produce available in Wales.

“We loved having everyone there and I thank all those who supported us this year either by cooking, sponsoring produce or helping us raise money for our worthy charities,” said FUW Carmarthen CEO David Waters.
The breakfasts rais
ed a fantastic £820 – with all the proceeds being split between Alzheimer’s Society Cymru and Farming Community Network.

David Waters added: “It was great to have members and friends of the Union coming together, being a part of what we do, and sharing their thoughts and worries about the state of the industry, telling us their stories and helping us to understand how we can help each other.

“What better way to do that than around a table where we share great food and have a cup of tea. I’m already looking forward to next year’s breakfast events.”

The Carmarthenshire branch would like to thank, Castell Foods Ltd, DC and SM Davies, Cwmcowddu Farm, for donating the food for Llanddeusant Hall and the cooking at Llanddeusant Hall by Meinir Davies, Catrin Price, Bethan Thomas and Joyce Owens.

The breakfasts were held on Tuesday, January 22 at Canolfan Hermon, Hermon and Friday, January 25 at Crundale Hall and were joined by Heather Harrison and Maxine Ford, who work for Alzheimer’s Society Cymru covering all of Pembrokeshire offering support and information about dementia.

The breakfasts also raised a fantastic amount of money for the FUW President’s charity appeal – just under £1,200 – with all the proceeds being split between Alzheimer’s Society Cymru and Farming Community Network.

“We were delighted that Heather and Maxine joined us for breakfast as well, which gave our members the chance to have chat about Dementia.

“It was great to have members and friends of the Union coming together, being a part of what we do, and sharing their thoughts and worries about the state of the industry, telling us their stories and helping us to understand how we can help each other,” added Rebecca Voyle.