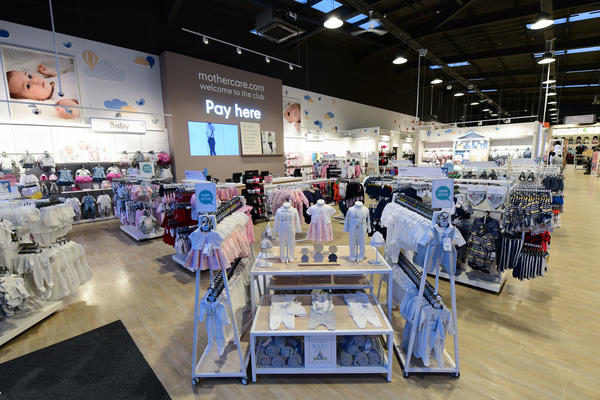 PARENTING retailer Mothercare has announced plans to put its UK business into administration affecting local branches including Cardiff and Swansea.

The company said it will file a notice to appoint administrators, casting a shadow over the future of its 79 UK shops and 2,500 employees.

Mothercare said: “These notices of intent to appoint administrators in respect of Mothercare UK and MBS are a necessary step in the restructuring and refinancing of the Group. Plans are well advanced and being finalised for execution imminently. A further announcement will be made in due course.”

Only 500 of the jobs at risk are full-time posts, including head office roles, with 2,000 part-time.
The main branches expected to be affected in south Wales are Cardiff and Swansea, where many could become jobless at this sudden news.

Mothercare has been looking for a buyer for the UK stores, but with no success so far.
The company also operates in more than 40 overseas territories, which are not subject to administration. In the financial year to March 2019, Mothercare’s international business generated profits of £28.3m, whereas the UK retail operations lost £36.3m.

However, in its prime Mothercare had hundreds of stores. It was the go-to place for new parents but sadly it failed to keep up with the public’s changing shopping habits. Mothercare’s UK sector has been loss-making for years. One big reason is there’s so much more competition these days.

Here are some of the key moments in the decline of the well-known retailer:

1961 – Mothercare is founded by entrepreneurs Selim Zilkha and James Goldsmith.

1986 – The company becomes part of the Storehouse group after it merges with homeware business Habitat and British Home Stores.

2000 – The company reverts to the Mothercare brand after the BHS and Habitat businesses are each sold off separately.

June 2007 – The retailer purchases the Early Learning Centre chain of children’s stores for £85m. By now, Mothercare has grown to more than 350 outlets in the UK.

2017 – The retailer has seen a steady decline in sales following the financial crisis, resulting in a number of profit warnings and a steady stream of store closures. By November, the company has 152 UK stores and warns over the “softening UK market” as half-year losses widen on the back of sliding high street store sales.

May 2018 – Mothercare secures a Company Voluntary Arrangement (CVA) restructuring deal which it says will lead to the closure of 50 stores and affect 800 jobs. The retailer says it has also agreed rent reductions on another 21 stores as part of the move.

July 2018 – Mothercare announces a £32.5m fundraiser at 19 pence per share (more than double its current value) to gather proceeds to pay off its significant debts.
The company also says it will close more stores than previously indicated, forecasting a rise to 60 closures, although this eventually results in 55 sites shutting their doors.

December 2018 – The retailer sells and leases back its UK head offices, bringing in £14.5m, as sales continue to fall in its UK high street stores.

March 2019 – Mothercare announces plans to sell the Early Learning Centre toy business to rival retailer The Entertainer for £13.5m. The group says the sale is the “next step towards being free of bank debt”.

July 2019 – The children’s goods business issues a profit warning after it sees UK profit margins improve slower than forecast due to the difficult retail backdrop, despite the major restructuring and cost-saving efforts.
UK sales are decimated by the raft of closures, driving total UK sales down by 23.2% for the 15 weeks to July.

November 2019 – Mothercare’s parent business says it will file a notice to appoint administrators for the UK business as it can no longer “satisfy the cash needs” to keep it afloat.

According to data from Adzuna, a leading job search engine, the retail industry has lost a quarter of all vacancies in the past 12 months (a loss of 7,298 jobs) with a -13% decrease of jobs month-on-month. August 2019 shows the largest month-on-month decrease since May 2017.
Splitting this loss out into different roles, the data reveals vacancies for management positions in retail have fallen by 30% compared to this time last year, with vacancies for retail apprentices dropping by 55% and retail operatives dropping by 23%.

The top five companies hiring for retail jobs in the UK are:
Tesco – 1,275 jobs
Dixons Carphone – 952 jobs
Halfords – 401 jobs
Greggs – 351 jobs
Sainsbury’s – 334 jobs
The data also looked at the job market at a whole, revealing that across all industries, the North East of England saw the biggest loss in job vacancies (-46.3% year on year) in the last 12 months.

Shares in the parent company Mothercare dived by 29.2 percent to eight pence in early trading on Monday amidst the tough retail climate and one thing is for sure, Mothercare’s days are numbered.