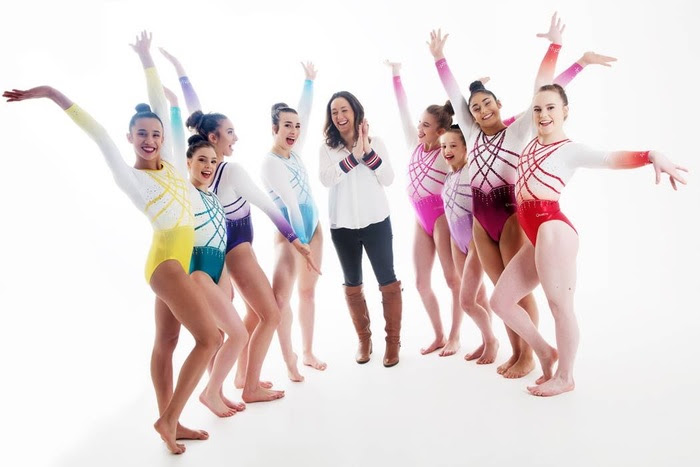 SWANSEA company Quatro Gymnastics has pledged to raise £30,000 for the NSPCC to help it still be here for children and young people when they need it most as part of new partnership with the children’s charity.
The money raised by gymnastics clothing company Quatro will help fund the NSPCC’s Childline service for a whole day as part of the charity’s One Unforgettable Day initiative.

Childline serves children and young people across Wales who can contact the helpline confidentially about anything worrying them. Trained counsellors hear from children every day who are being abused, suffering from mental health issues, or struggling to cope.

The service received 2,793 contacts during April – July of this year, following the national lockdown, from children and young people living in Wales and more than a thousand of those contacts related to mental and emotional wellbeing.
It costs the charity, which relies on public donations for 90% of its income, £4 to answer a child’s call to Childline, which is why fundraising and the support of businesses like Quatro is so crucial.

Quatro is hoping to raise funds with a competition for young people to design a special edition leotard for Christmas, which will be sold on its website, with half of all the proceeds going towards its £30,000 target.
The competition is being launched today (Friday 9 October) in a video by Team GB’s first ever Olympic trampolinist, Bryony Page, who will judge the entries.
It’s free to enter, with an optional £1 donation to Quatro’s fundraising page. The entry form can be downloaded here.
The launch coincides with the NSPCC’s Parents in Sport Week that aims to make sports safer for children and young people by raising awareness of safeguarding standards in sports clubs and encouraging positive parental involvement in youth sports.

The campaign has been backed by sports stars and clubs from across Wales including Swansea City AFC, the Ospreys, Sam Warburton, and Wales Rugby League.
Parents in Sport Week encourages parents to make ‘The Sports Parents Promise’ – an online commitment that encourages parents to be a positive influence when watching their child’s sport and more aware of how to check a club’s safeguarding procedures.

Quatro is supporting Parents in Sport Week and as part of the new partnership it has made a commitment to help educate children and parents who engage in sport around safeguarding online, by sharing online safety information and resources about keeping children safe in sport with its customers.

Former British international gymnast from Swansea and founder of Quatro, Joanna Vazquez, says: “Children in sport are the heartbeat of our organisation, seeing them enjoying sport, keeping active, making friends and developing life skills in a safe and positive environment is pivotal and something we are passionate about supporting.”
Laura Whapham is based in Swansea for the NSPCC’s Child Protection in Sport Unit. She added: “The NSPCC is thrilled to have partnered with a brand that recognises the influence and reach it has to share important messages about keeping children safe.

“The partnership with Quatro will ensure both children and parents have access to information that will help safeguard them when taking part in sport and in the virtual world.
“The money raised by Quatro will ensure that children can still access support when they need it.”
Childline is available for young people on 0800 1111 or at www.childline.org.uk.
The NSPCC and the British Athletes Commission (BAC) jointly set up a dedicated support helpline to offer gymnasts a free, confidential space to talk about any worries they have. The helpline is available on 0800 056 0566 from 8am-10pm on weekdays and 9am-6pm on weekends and via help@nspcc.org.uk.