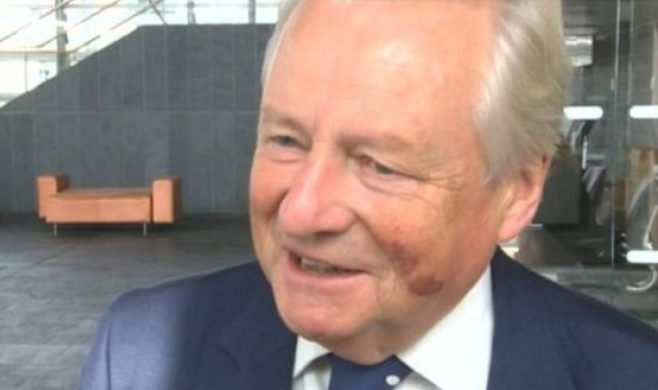 PLAID CYMRU’S status as the official opposition to Labour in the Senedd was cast into uncertainty last Friday (Oct 14) after one of their most senior figures left the party less than six months after fighting an election as a Plaid AM.

Dafydd Elis Thomas, who has represented Plaid Cymru for 18 years at Westminster, 17 years in the Senedd, and four years in the House of Lords, informed his local party that he would subsequently sit as an independent in the Welsh Assembly. He is the second AM to leave their party group this year, following the prolonged saga of UKIP’s Nathan Gill.

Sources close to Lord Elis Thomas have suggested that he felt Plaid Cymru should have been more supportive of the Welsh Labour Government. Following his departure, the two parties agreed a draft budget which included £119m allocated to Plaid Cymru priority areas of spending.

Speaking to the BBC, Lord Elis Thomas said: “It was clear to me that the Plaid group in the National Assembly was not willing to seriously participate in government and to give Wales a stable government, particularly after the decisions taken in Wales and elsewhere about our future relationship with the European Union.

“There is a serious constitutional challenge now and we might well lose powers from Wales,” he added.

“I think all pro-devolutionists should be working together to ensure that doesn’t happen.”

The peer’s relationship with Leanne Wood, who defeated him in a 2012 leadership election, was also thought to have contributed to his decision. As Presiding Officer, Lord Elis Thomas ordered Ms Wood to leave the Chamber after the republican referred to Queen Elizabeth as ‘Mrs Windsor’. Ms Wood sacked Lord Elis Thomas from the front bench in 2014 after he publicly criticised the party’s stance on UKIP.

“Constituents, who Dafydd Elis- Thomas misled in the recent Assembly election, will expect a by-election to be held at the earliest convenience.”

A petition was also launched calling for him to resign and call a by-election. It claimed that Lord Elis-Thomas was ‘elected through the hard work and financial resources of Plaid Cymru’s local activists.

‘The electorate of Dwyfor Meirionnydd deserve the opportunity to voice their opinions on this through the ballot box’, the petition added. This was supported on social media by Dwyfor Merionnydd MP Liz Saville Roberts.

However, as UKIP found out, Lord Elis-Thomas is under no obligation to resign, and has said that he will be better-placed to serve his constituency now that he no longer has to toe the party line. Given that toeing the party line was hardly one of his strong points, it would be fair to suggest that Plaid Cymru’s Senedd group will not receive a great deal of support from their former colleague.

The question which has been asked by several political commentators is which party now holds the role of official opposition in Wales. Plaid Cymru and the Conservatives now have 11 seats apiece – compared to six UKIP AMs, two independents, and one Lib Dem.

The answer is that no one seems quite sure. A Plaid Cymru source suggested that, while the parties had the same number of seats, the Party of Wales had registered more votes. However, it is unclear whether this will make any difference.

The Welsh Conservatives, on the other hand, made light of the official opposition title they proudly held during the Fourth Assembly, with one source memorably describing it as ‘bald men fighting over a comb’.

However, they suggested that this would be a fight the party would be willing to participate in, by calling for the title to be shared or dropped.

Given that joint official opposition in a legislature which contains three major parties and UKIP is hardly a title worthy of boasting, it could well be the case that both parties refer to themselves as the opposition, while the official aspect is quietly dropped.

Of far more importance to the day-to-day running of the Assembly will be the changes made to committee place and chair allocations, but at the time of going to press, this had not been resolved.