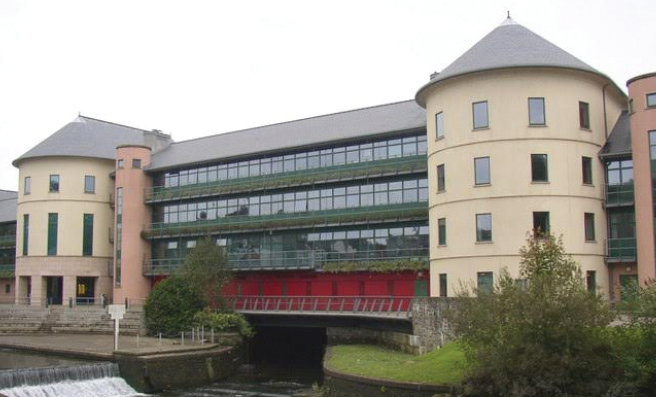 A MAN’S dream of living an eco-friendly life in Pembrokeshire turned into a nightmare when he made what he calls a ‘bonkers’ decision to take on Pembrokeshire County Council.

Terence Jones began building a two storey home on agricultural land before knowing whether planning permission would be granted.

Now, the partly built house at Llawhaden could be torn down and removed at his expense.

The years old saga took another bad turn for Jones when he lost an appeal at Swansea Crown Court against a conviction by Haverfordwest magistrates for failing to engage with building regulations.

Judge Geraint Walters, sitting with two magistrates, heard that Jones, a Welshman, had wanted to move with his wife from the north of England to west Wales and live a cashless lifestyle, growing his own food and generating his own power.

He paid £30,000 for three fields and planted 5,000 fruit and nut trees.  He also applied for planning permission for a new house.

Jones said he followed the Welsh Assembly’s ‘one planet’ initiative which encouraged people to develop homes and communities that would not pollute the environment or consume it.

Jones complained that Pembrokeshire County Council took two years to rule on his planning application–and eventually turned it down.

But before the ruling he had been so confident it would be granted he took ‘the maddest most bonkers decision of my life’ to begin building the house.

By then, explained PCC building control inspector Richard Lawrence, Jones was also in contravention of building regulations as it would become increasingly difficult to know whether the house was being constructed according to them.

Judge Walters explained to Jones that, for example, it would be almost impossible for a building inspector to even look at foundations once they had been laid.

Jones, a technical author, said he blamed PCC for taking two years to decide on a planning application that should have taken eight weeks.

He said he found himself dealing with two branches of the authority–planning and building regulations. At one stage the planners ordered him to stop building, while the other told him to engage with inspectors who could decide whether it was being built properly.

Mr Lawrence told the court Jones had never applied for building regulations to kick in, despite being invited to do so and being warned of the potential consequences.

One amongst many reasons, said Mr Lawrence, was that planning permission could be granted retrospectively. But if that happened no-one would really know how the house had been built.

Jones said he did not see the point in paying more than £1,000 for inspectors from PCC to look at a development the same authority had told him not to progress.

Jones said he and his wife had spent two winters ‘living in a field’ and had since returned to live in Gateshead. He said he now had a half built house in Llawhaden and was £20,000 in debt and living off £140 a week.

Judge Walters said the court would not get involved in Jones’ dispute with PCC. It was purely a question of whether he had started building without involving building regulations inspectors.

Of that, he added, there was no doubt.

The court upheld the fine of £400 imposed by the magistrates, and added £250 to Jones’ prosecution costs of an already £500.

Jones left the court after saying he was in the process of writing a book about his experience.