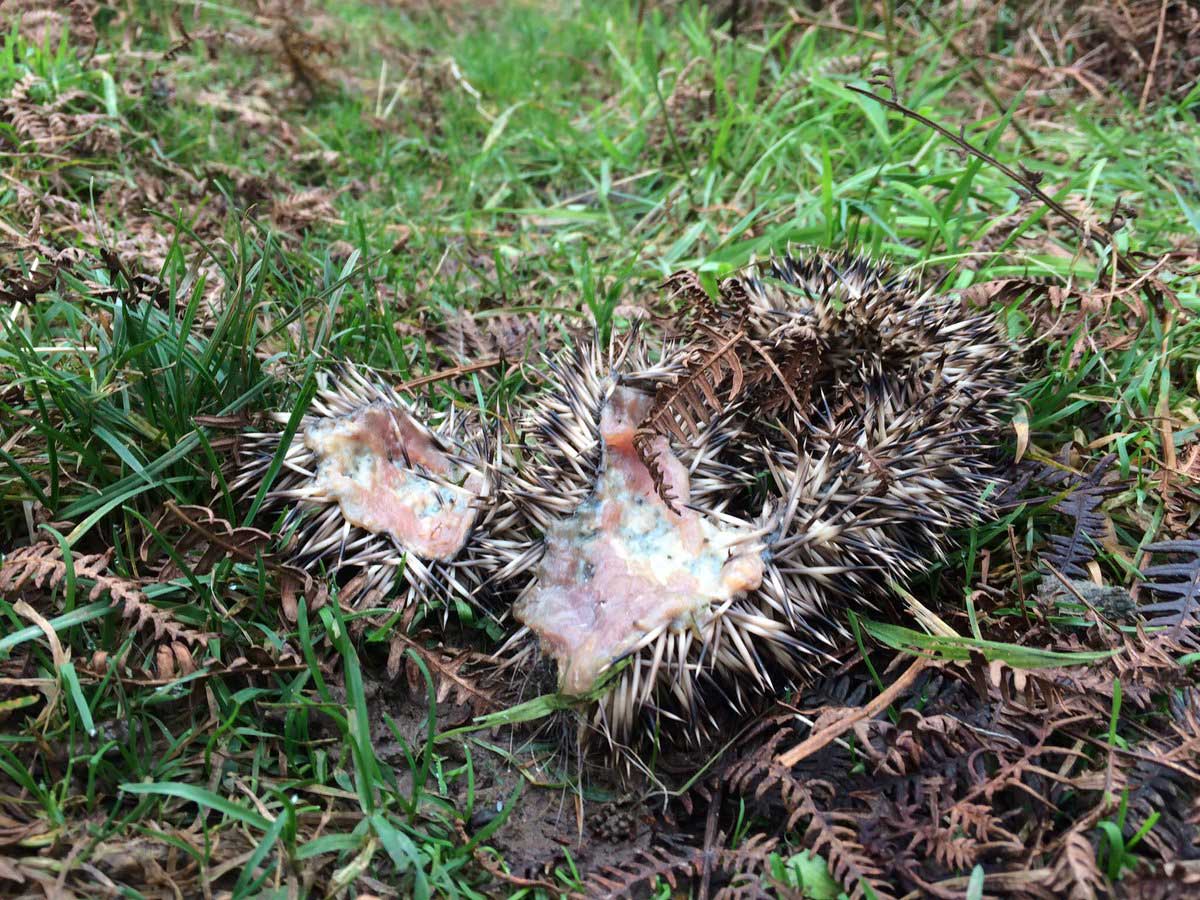 THE FARMERS’ Union of Wales has warned that conservation bodies have their heads in the sand over the devastating impact badgers have had on hedgehog numbers, and are doing conservation a great disservice by scapegoating farmers.

The State of British Hedgehogs 2018 report released on February 7 by the British Hedgehog Preservation Society and the People’s Trust for Endangered Species estimates that hedgehog numbers have halved since the beginning of the century, and places the lion’s share of the blame on intensive farming.

However, world leading hedgehog expert Dr Pat Morris, author of The New Hedgehog Book, wrote in his 2006 book “The implications [of high badger population densities] for hedgehog survival are serious…ignoring the issue or pretending that badgers exist only by harmless drinking of rainwater doesn’t help at all.”

A survey of badger numbers between November 2011 and March 2013 found that badger numbers in England and Wales have increased by between 70% and 105% in the past 25 years.

“Dr Morris is named in the State of British Hedgehogs 2018 report as the instigator of the first survey of hedgehogs based on animals killed on roads, but no mention is made of his concerns regarding high badger numbers having such a devastating impact on hedgehogs.

The issue is dismissed and swept under the carpet, despite overwhelming scientific evidence of the impact of badger predation, while farmers are effectively singled out as being to blame,” said FUW President Glyn Roberts.

A 2014 peer reviewed study of hedgehog numbers in ten 100km2 areas where badgers were culled in England found that “…counts of hedgehogs more than doubled over a 5-year period from the start of badger culling, whereas hedgehog counts did not change where there was no badger culling.”

Mr Roberts said: “Of course there are areas where intensive farming has had a detrimental impact on hedgehog numbers, but it is simply wrong to paint the whole of the UK as being like that – the fall in hedgehog numbers has in fact coincided with farmers planting more hedges.”

Mr Roberts added that this view was backed up by the RSPB, who said that losses of managed hedges appear to have halted in the mid-1990s, while the net length of hedges in the UK was stable or increasing.

The British Hedgehog Preservation Society and the People’s Trust for Endangered Species report said it was planning to engage with the farming community to ‘stem the alarming decline of our country hedgehogs’.

The likelihood is that there is a range of events causing impacts on the hedgehog population. Certain types of pesticides affect the hedgehog’s food chain, while larger and more open fields with less substantial hedgerows might also contribute to hedgehog predation and decline. The increased use of road vehicles is a certain factor, as is urban and suburban spread. Unusually, domestic pets are not a major hazard for hedgehog populations.

In rural Wales, however, the dramatic explosion in badger populations cannot be ignored as a significant factor in driving the decline of hedgehog numbers.

In the early-2000s, an investigation was carried out by the Small Mammal Specialist Group into patterns in hedgehog and badger populations across hundreds of square kilometres of rural southwest England and the midlands. One important finding was that hedgehogs appeared to be absent from large swathes of pastoral grasslands where they are thought to have once been commonplace. The group surveyed hedgehogs in a number of areas which were geographically and ecologically similar, but with different levels of badger culling.

Hedgehog numbers in suburban areas doubled during the five years of badger culling, and remained static in areas without culling. This demonstrated for the first time that badger predation is a strong limiting factor for hedgehog populations in these particular habitats.

Until the mid to late 20th century, heavy persecution of badgers kept them at low numbers. The Badgers Act of 1973 introduced protections, enhanced by the 1992 Protection of Badgers Act. Consequently surveys published in January 2014 revealed that in the 25 years since the first survey in 1985-88, the number of badger social groups in England has doubled to around 71,600.

In pasture-dominated and mixed agricultural landscapes, and in some suburban habitats, badgers thrive with have plentiful denning opportunities and abundant food resources. The largest increases in the density of badger social groups have occurred in the landscapes that dominate southern, western and eastern England. These are also the areas where hedgehog declines are likely to be most severe.

While nobody is suggesting that badgers be culled to improve biodiversity and give hedgehogs a chance of re-establishing themselves, the refusal to acknowledge evidence which they find inconvenient suggests that the weight that can be given to the Hedgehog Survey is questionable.

Glyn Roberts suggested that those ignoring the evidence were simply unprepared to face the truth about natural predation: “By sweeping under the carpet the unpalatable truth that badgers eat hedgehogs, and that the doubling in badger numbers has had a catastrophic impact on hedgehog numbers, and scapegoating farmers by highlighting outdated ideas about hedge removal, conservation bodies are doing a huge disservice to hedgehogs and conservation.

“In fact, they are doing exactly what Dr Pat Morris warned of in his Hedgehog Book – burying their heads in the sand by pretending increased badger numbers are not a major threat to hedgehog survival.”

It's all go for Moat Goats