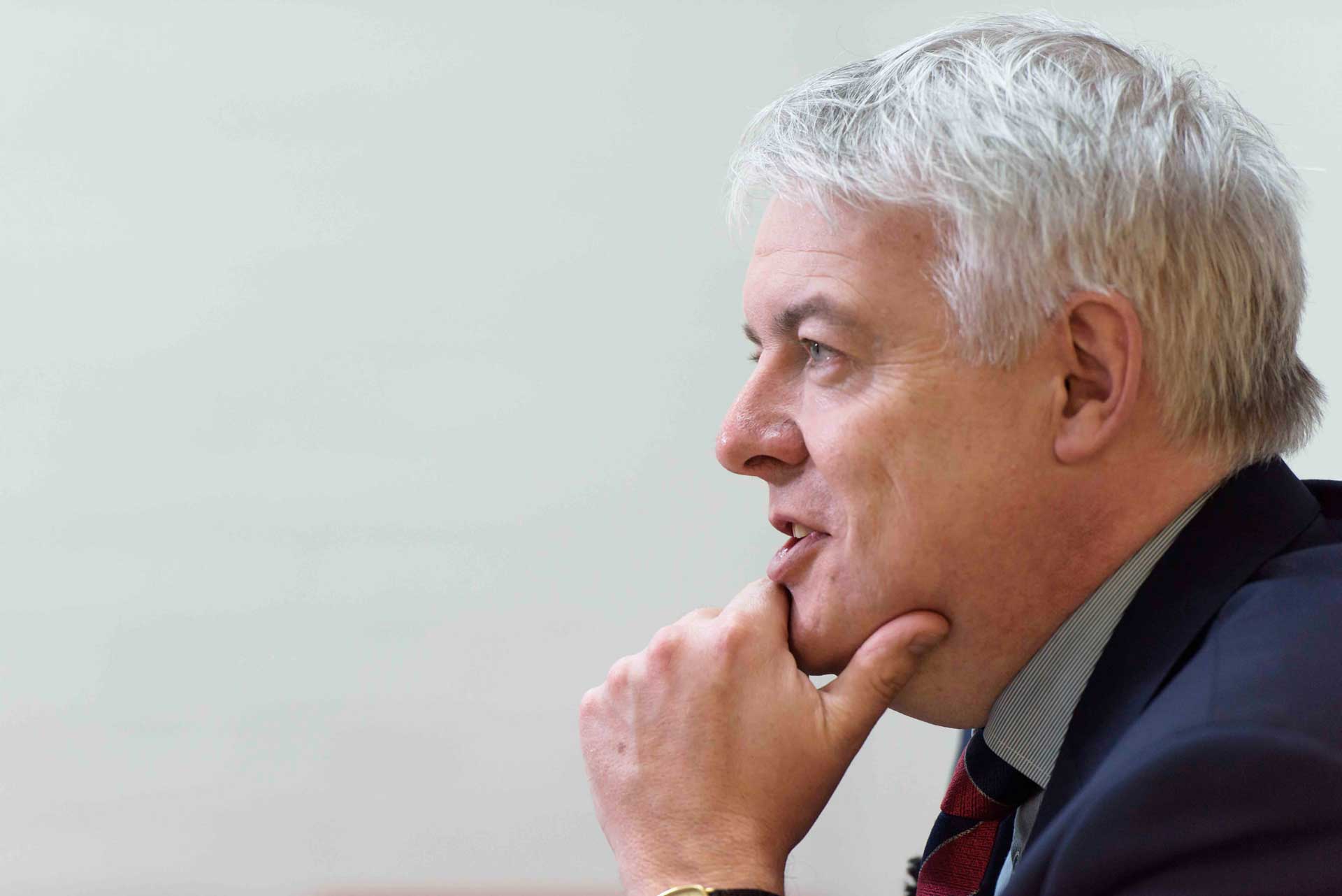 WALES and Ireland need to work together to overcome post-Brexit trade challenges – that was the message from First Minister Carwyn Jones when he met with the Taoiseach, Leo Varadkar, in Dublin on Monday, February 12.

The First Minister said the creation of a ‘hard’ maritime border between Great Britain and the Republic of Ireland, because of the UK government’s insistence on leaving the Single Market and the Customs Union, would be a very real threat to the Welsh and Irish economies.

Ports make a huge contribution to the Welsh economy, supporting around 11,000 jobs and providing an economic hub and trade gateway with Europe and the rest of the world.

80% of goods carried in Irish registered HGVs between the Republic of Ireland and Europe pass through Welsh ports. In 2016, 524,000 lorries passed through major Welsh ports to and from the Irish Republic.

The First Minister recently launched the Welsh Government’s post-Brexit trade paper, which set out the challenges facing Welsh ports. It identified the most pressing issue for Welsh ports is maintaining the efficient movement of goods and people via seamless customs arrangements.

The First Minister said: “Changes to customs rules that add cost, time and regulation at Welsh ports would greatly reduce their efficiency and might encourage goods to be diverted away from the sea routes between Wales and Ireland. This would be hugely damaging to our economy.

“The Welsh Government is fully committed to playing its part in supporting the Good Friday Agreement, but I cannot support any outcome which would divert traffic away from Holyhead, Fishguard and Pembroke Dock in favour of other parts of the UK.

“There must be a level playing field between Britain and Ireland. I don’t want to see a hard border on the island of Ireland but neither do I want to see customs posts at Welsh ports.

“That is why the best option is for the whole UK to have continued participation in the Single Market and membership of a customs union. This removes this problem entirely. It is also in the best interests of the Welsh and the Irish economies and, indeed, the economies of the whole of the UK. And, as we have been clear, leaving the EU must not affect the arrangements for the Common Travel Area.

“I have looked forward to meeting with the Taoiseach to discuss this issue, as well as the importance of maintaining close links between Wales and Ireland as the UK prepares to leave the EU.”

Ireland holds a key position in terms of Welsh inward investment, with over 50 Irish-owned companies in Wales employing 2,500 people. Ireland is also a top Welsh export destination with Welsh exports to Ireland worth £902m in 2016.

While in Dublin, the First Minister attended a round table on Infrastructure and Brexit chaired by the British Irish Chamber of Commerce and hosted by Trinity College Dublin Business School, visited Irish Ferries and met with British Ambassador, HE Robin Barnet CMG and British Irish Parliamentary Association Members.